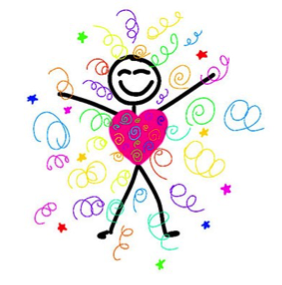 Allison here! If you're on this website, you've most likely read at least some of my work. I've been a professional writer (meaning I get paid to write, or as the late Dr. Wayne Dyer said, "I get paid by the thought.") for close to twenty years. I've been paid to write press releases, articles, books, opinion columns, wellness columns, empowerment essays, and I've even ghostwritten letters for people. I'm a professional communicator. I help people put their stories, and my own story for that matter, into words.

Many of you probably identify me as a journalist who interviews a lot of celebrities. I like to think of myself as someone who translates the human condition into prose. I say, and write, a lot of the stuff that millions of people think and feel on a regular basis, but perhaps have difficulty putting those thoughts and feelings onto the page.

If you feel like you have so much inside of you that it is bursting to come out, but you're "just not a good writer," or you "suffer from writer's block." STOP! I call bullshit. Sorry, did I mention that my choice of language is not always delicate? Well, if you've read my memoir then you already know that. If you haven't, better brush up, so here you go.  [insert shameless plug]

If your current writing process is to sit down at your laptop, fingers on keyboard, staring at the computer screen and thinking, "I have to think of something to write," of course you're going to have writer's block. That would give anyone writer's block. Stephen King would have writer's block if he did that. You know why? Because that's not how you write. Writing doesn't take place at the computer. Writing happens BEFORE you sit down at your computer. All of us who write for a living know this, and now you will too.

In my upcoming 10-part course – NOPE! YOU DON'T HAVE WRITER'S BLOCK. – I'm going to demystify what writer's block is, how it happens and why so many would-be creative people with brilliant ideas to share believe they are suffering from writer's block. I'll break it down and explain why it is one of the great misnomers of my industry.

I'll take you step by step through my own creative process that makes the words flow out of me as freely as puke out of a seventeen-year-old girl's mouth at 3 AM after prom night (did I take that one too far?). Because, seriously people, sometimes the words are coming to me so fast and furiously, I can't even type fast enough.

I'll share with you how I connect to this universal flow of energy and creativity that is greater than all of us, and yet exists at everyone's disposal. Yes, it sounds a bit woo woo, but if it works, do you care? It's like this rich throbbing vein that all the greatest creators who have ever walked this earth have known how to tap into. Now you will too.

I'll show you how you are always writing (very often, some pretty brilliant shit!) even when you think you aren't, and how to transfer those unintentional moments into intentional moments of pure creativity and potential literary genius.

I'll take you through some steps that writers take that can make you feel a bit whack-a-doo, but you'll be doing them in the privacy of your own home/space, so don't worry about it. Spoiler Alert: you're going to have to become really good at talking to yourself.

Whether you are looking to write the great American novel, write a screenplay, your memoirs, poetry, an op-ed or essay, or you simply want to be able to write your thoughts down as an effective form of therapy; my creative process will get you there and you will no longer say, "I have writer's block."


If I've gotten your attention and you want to learn more, sign up for my mailing list in the below pink box to be alerted when my ten-step course "NOPE! YOU DON’T HAVE WRITER'S BLOCK." launches later this year.